The Story of Riding a Dirt Bike Through 4 Continents 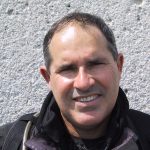 What started as a 6 month backpacking holiday became a 3 year sojourn around various parts of the world including this 15 month motorcycle trip.

The decision to go backpacking for 6 months was the result of marriage breakdown. With my new-found freedom, I decided it was now or never to “See the World”. Divorces are great way to throw money away, so I had really work hard for 6 months to accumulate as much cash as I could before I left.  I had travelled around Europe before, so I had a fair idea about what to expect and I knew backpacking for that long would be expensive. I still had every intention to return to my home city after the trip, but as it turned out, I never returned to live there again, and probably never will.

This story isn’t about the backpacking trip, though that trip was absolutely incredible and it inspired the motorcycle leg. My favourites at that time were Morocco and the Czech Republic. It was looking out the windows of trains and buses that convinced me I needed to do this again, but with my own wheels. I started to think of ways I could achieve this. For me, the motorcycle was a no-brainer. I had been riding bikes since I was 17 and I have owned about 70 bikes over the years. At the time, I had a BMW R1100RS and an XR600. I had previously owned a Honda CX1000 6 cylinder, CX500, 750-K4, Goldwing 1000, a Suzuki GS750, a Yamaha RD350LC and Super-Tenere 750, a Kawasaki KL650,  plus dozens of trials and motocross bikes including Honda, Suzuki, Yamaha, CanAm, SWM, Bultaco, Montessa, Husqvarna and for some reason a Vespa. Riding was a significant part of my life.

This website was originally done ‘live’, IE I was writing and publishing it as I travelled. As I re-read it, I cringe at some of my comments, but I am slowly working through it and edit where necessary, while trying not to lose the original message. The trip started in June 2000 and finished September 2001. In 15 months I covered 70,000 kilometres and saw over 40 countries. The experience can be described as ‘an adventure that filled me with memories that will endure a lifetime’. Yes, there were low points, some element of danger including getting drugged and robbed, crashes and having a rifle barrel jabbed in my forehead by an angry Kurd, but the memories are irreplaceable and is a trip I’ll always remember. I plan to do it again one day as a grey wanderer. I’ll probably try the Americas next. I’m inspired by Ted Simon of ‘Jupiters Travels‘ fame. I’ve run into Ted a few times and at the age of 88 is (I think) still riding.

My hope for this site was to provide inspiration to others to do something bold, outrageous and challenging. Something you will remember for the rest of your life. Whether it be on 2 wheels or 4, horse, pedal, foot, sail, whatever. There are plenty of publications on travel by public and commercial transport, but very few on travel under your own steam. I hope that by what I write here, I can help inspire you to do something similar, but with your own flavour. The major failing of this website is the relative lack of photos. While I did take thousands of photo’s, I could have taken ten times that many and still not cover it well enough. Keep in mind that at the time I did this trip, a 64MB (that’s MB, not GB) flash card was about $200 from memory. Taking inflation into account, that equates to about an incredible $4800 per GB, or  $307,200 for a 64GB card. before long, travellers will be doing 24×7 4K 360° videos of their travels now that you can get 512GB MicroSD cards.

This web site is being maintained by myself, and whilst I am a computer professional, web sites are not what I do. Nor am I a professional writer as I’m sure is obvious by now, but I am hopeful my stories will be interesting.

I am now 67 years old and live on the Gold Coast, Queensland, Australia with my second family, Felicity (who I met on this trip) and our 2 amazing boys, Sam 13 and Jesse 15. My oldest son Dean has made me a grandfather three times, while for my second son Matthew, he has his bulldogs. I still ride. Update: I now have a 2002 KTM 640 adventure similar to the one I did this trip on, and I have also just acquired a 2017 KTM 1090 Adventure, and a 2016 KTM 690 Enduro. At least one of them will have to go though. The 690 is a keeper. What an amazing bike! The engine is amazing, but the suspension doesn’t seem to be any better than the old 640 Adventure which is a shame. If only there was a similar improvment in suspension performance as the engine!

Mark Twain: “Twenty years from now you will be more disappointed by the things you didn’t do than by the ones you did do. So throw off the bowlines, sail away from the safe harbor. Catch the trade winds in your sails. Explore. Dream. Discover.”

John Lennon: ” Life is what happens to you while are busy making other plans”