I don’t intend to describe too much about Europe, so this is more a photo gallery than a travelogue. I do go into some detail in Norway, because that can be considered a bit of an adventure going up to the arctic circle, and the fact that I met a girl on my way there that I decided to marry! 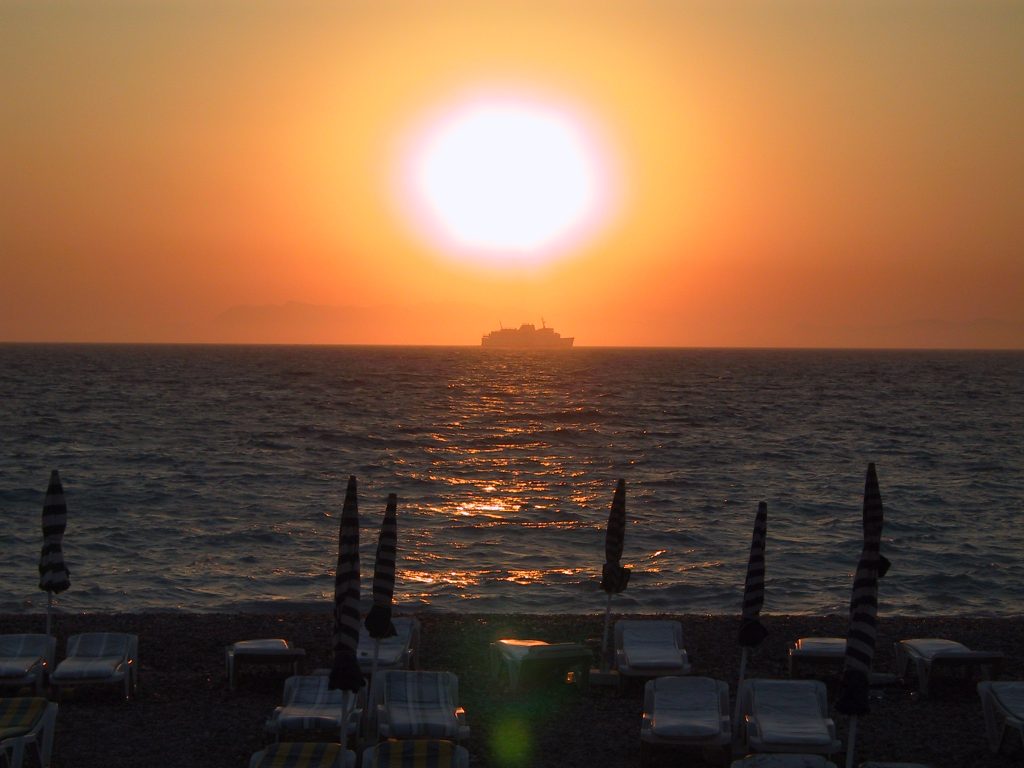 Sunset on Rhodes, Greece. An ever-present ferry on the horizon. 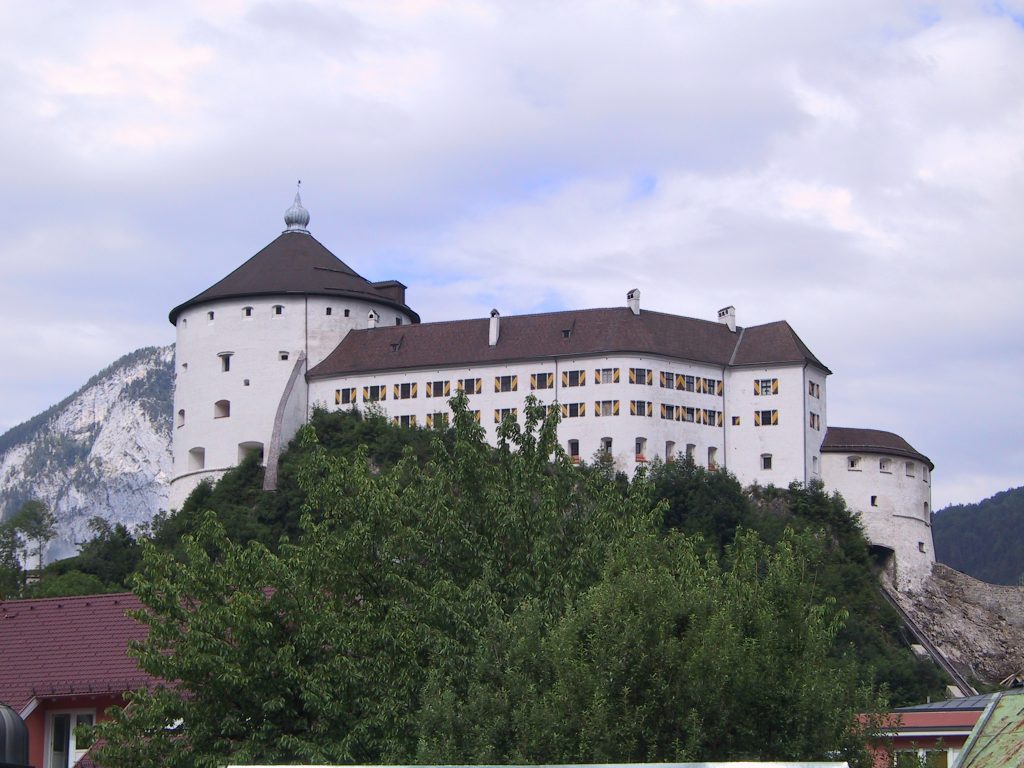 Kufstein, Austria. This castle features a organ that can be heard 40Km away. I’m glad I don’t live here. 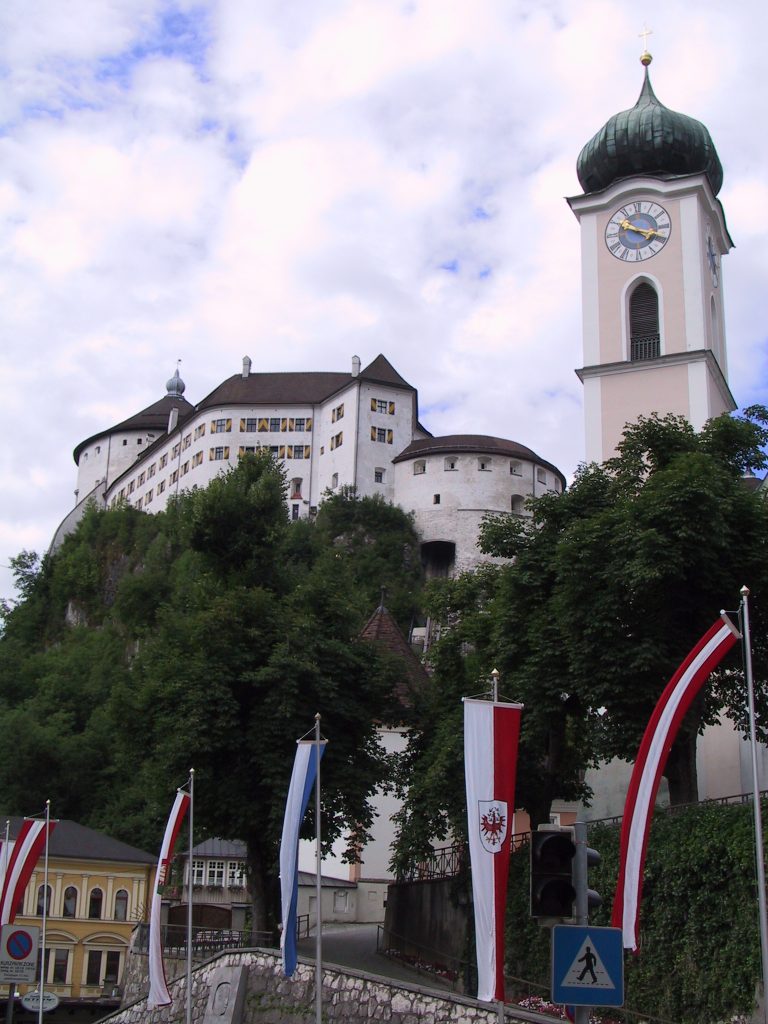 Same castle, different view. Actually, it was a great little town. We stopped here because the weather was closing in again, and it turned out to be a great weekend. 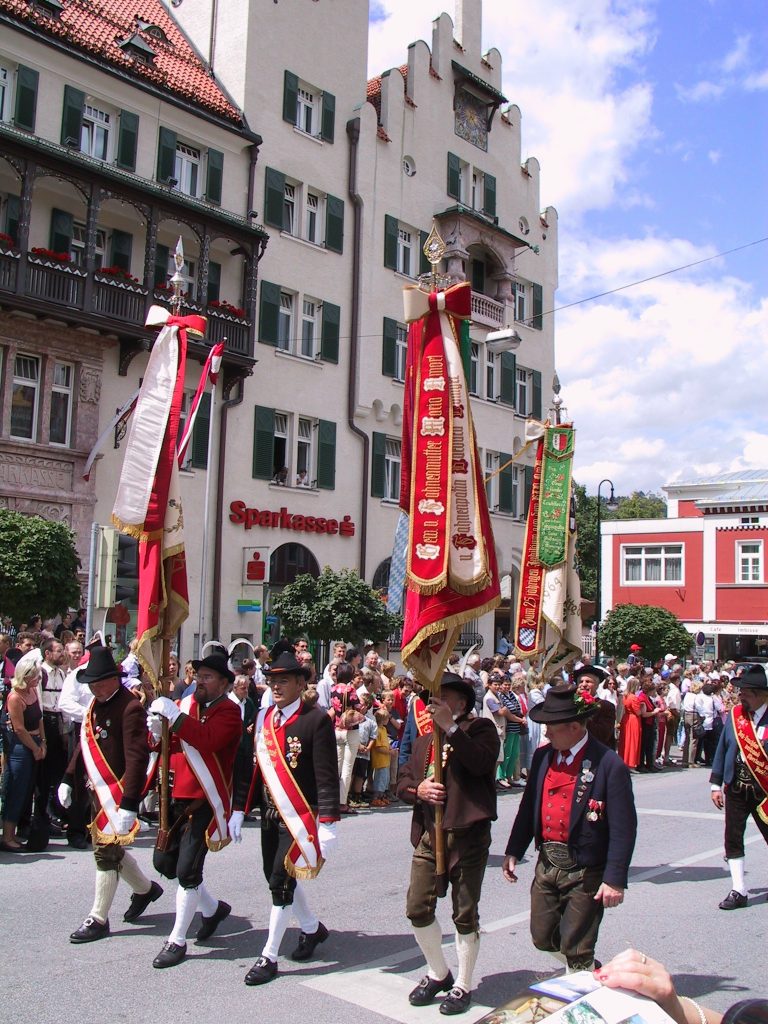 There was a folk dancing meeting on, and this parade was a part of it. We thoroughly enjoyed all the different costumes and banners they carried. Teams came from all over Austria. Many of the members carried crude weapons that must have some significance to the parade. They included maces, spears and wooden canons that they fired with very loud blanks every now and then, much to the consternation of the local pigeon population. 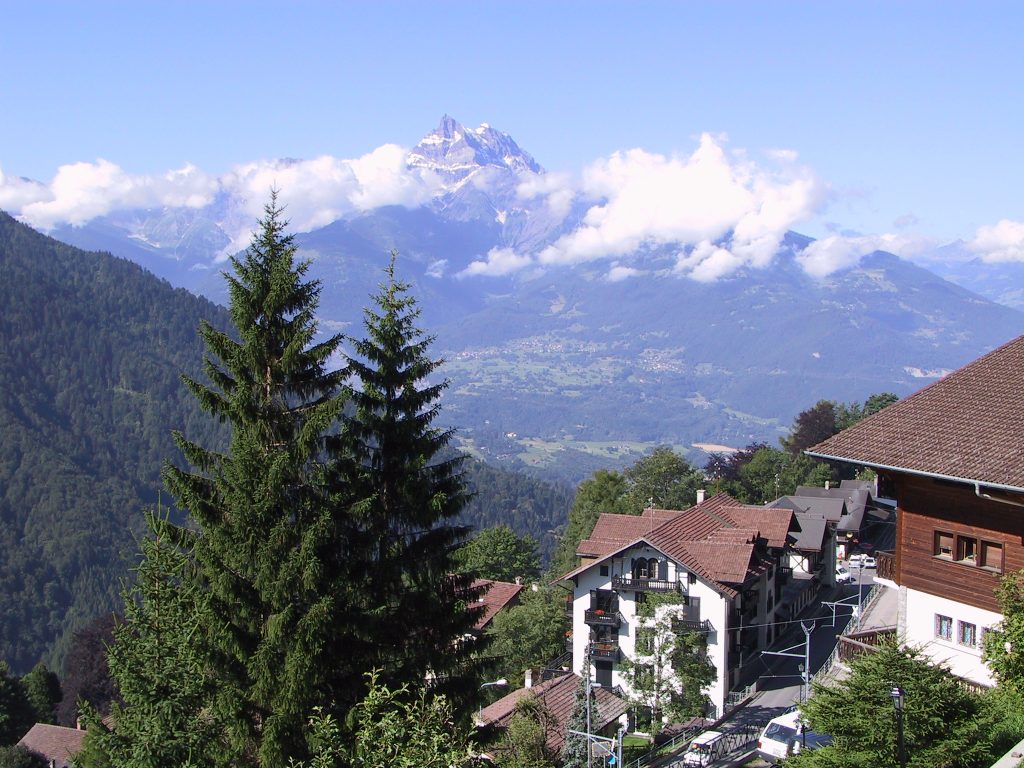 This is one of my favourite places in Europe. Gryon, in the French part of Switzerland. The hostel here is owned by a Swiss guy married to and Australian. The hostel is cheap, and a supermarket is close by where you can buy cheap food, beer at under $1 a litre bottle, Swiss wine under $2 a litre bottle, and all the Swiss chocolate you can eat.
This is the view from my hostel window. In winter, it is a popular ski resort. I was here about 18 months before in winter, and had a ball tobogganing down the slopes. 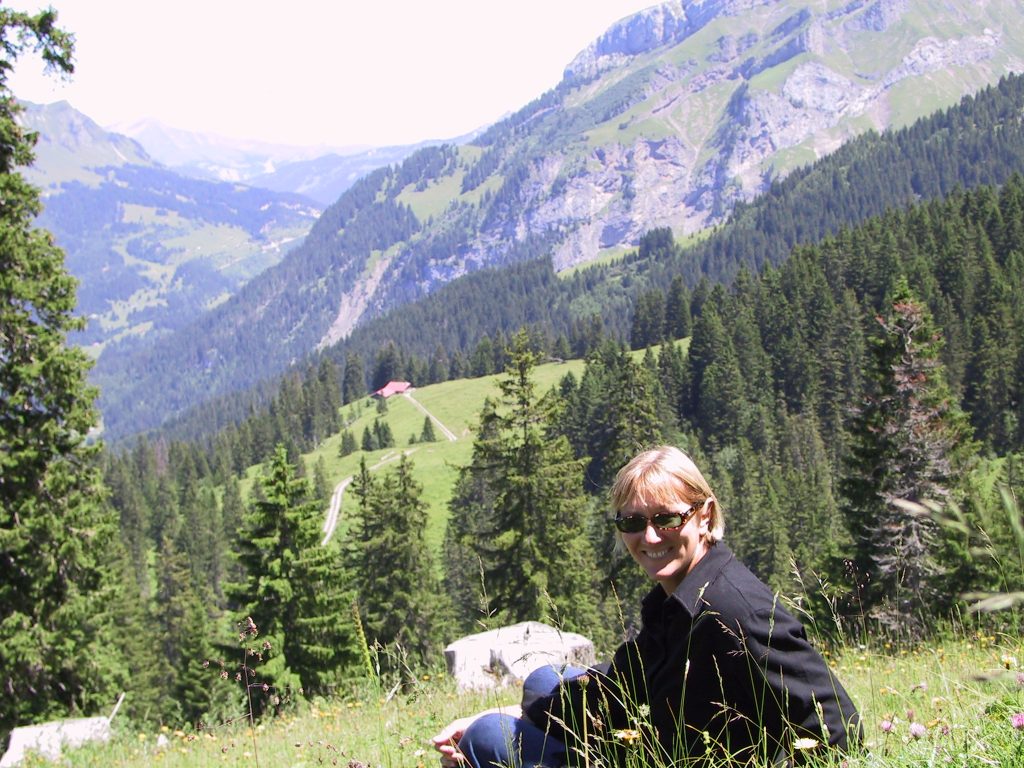 My Australian friend Leeanne, looking over the valley near Col de Croix, one of the many summer walks in the area. 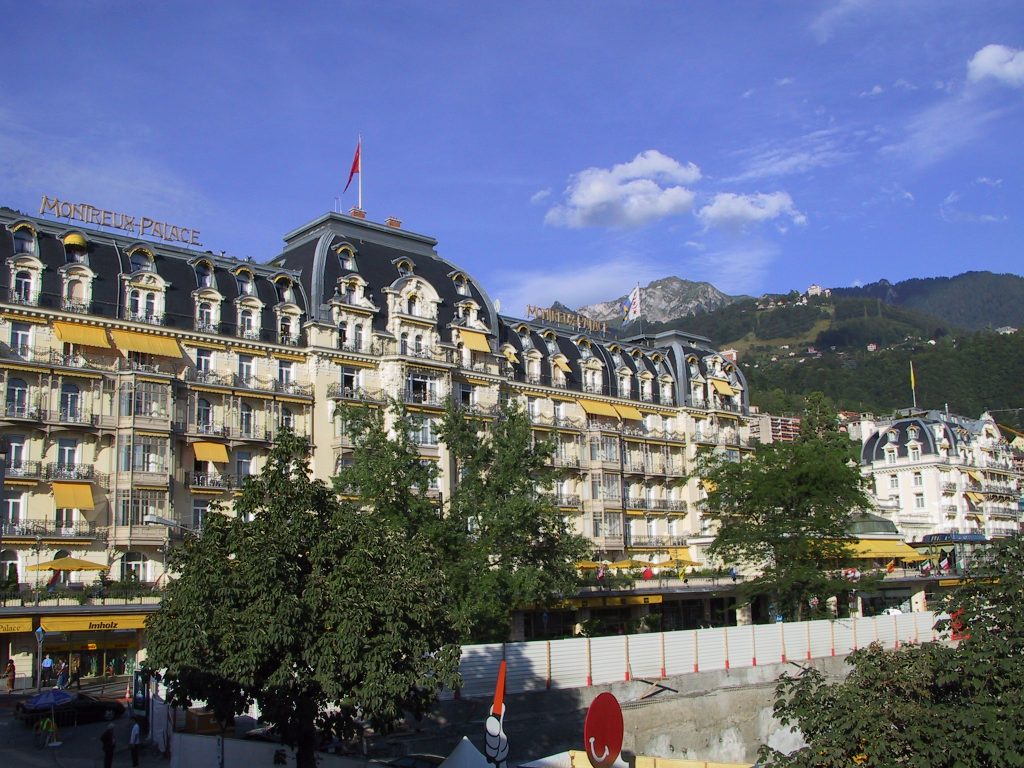 Montreux is about 30 minutes away, and while we were there, the Montreux Jazz Festival was on. We saw BB King and Van Morrison. Not a bad double act! 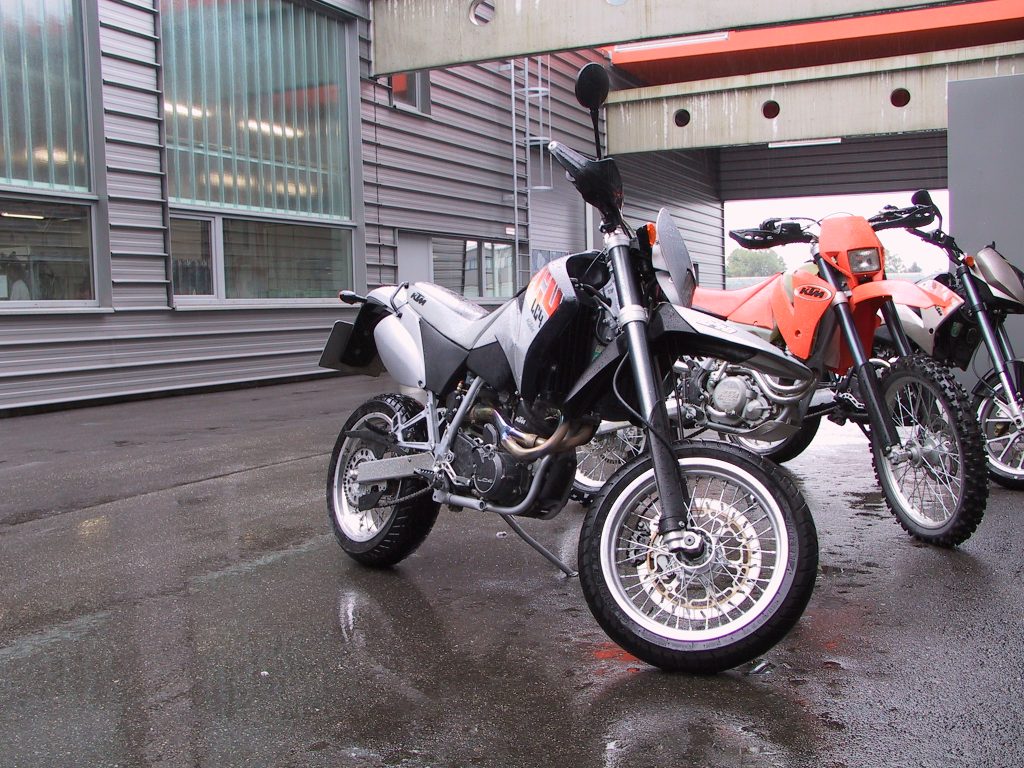 At the KTM factory. I had 60,000km up on the bike, and they wanted to check the bike for wear. It was still running perfectly. Full compression, not using oil, no rattles. I was impressed with the bike’s performance. See the section on ‘The Bike’ above for more info.

KTM gave me this supermotard to ride around while they worked on my bike. That was a bit of fun! I’ll have one of them one day. 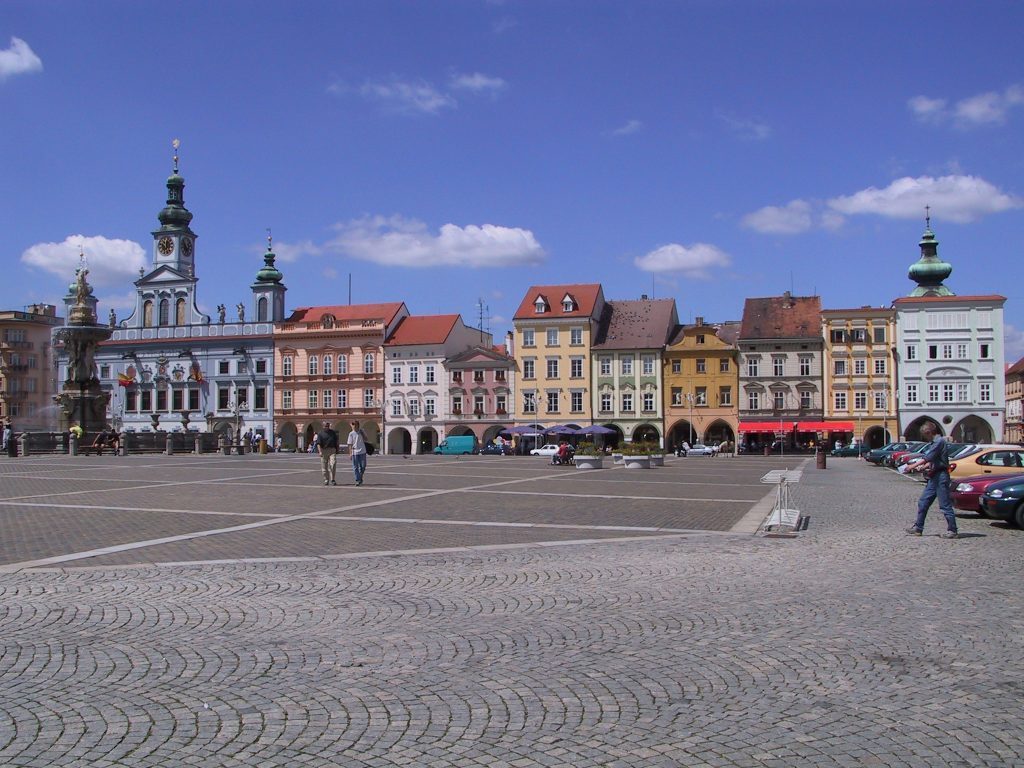 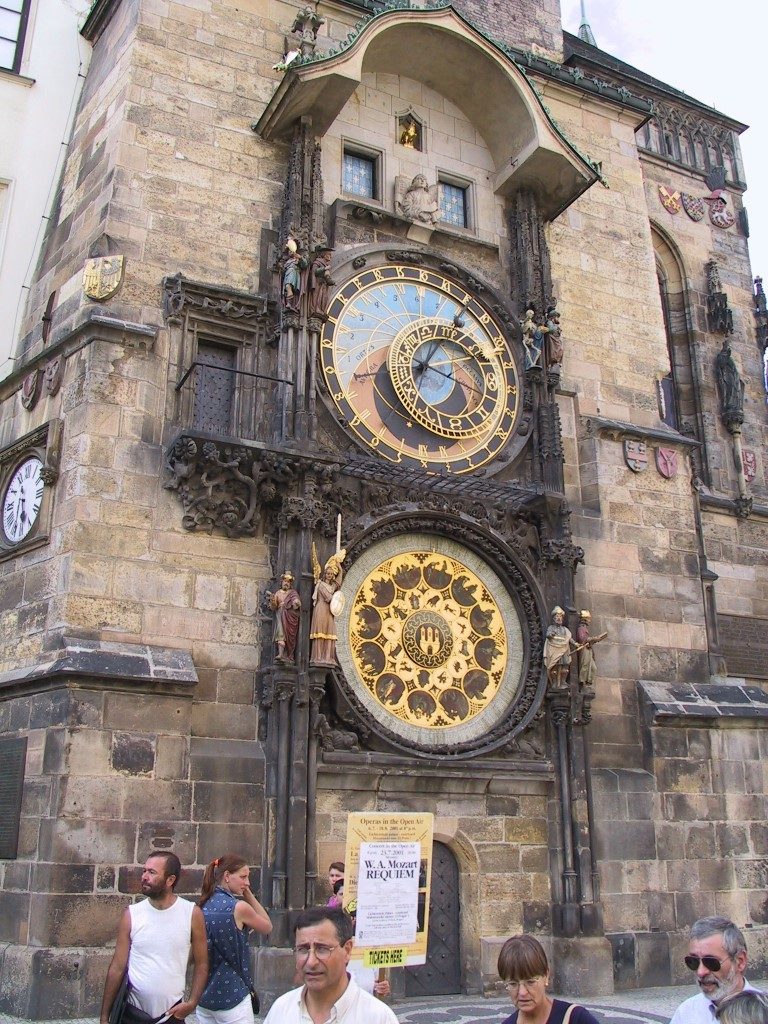 Prague, and the famous clock in the Old Town Square. 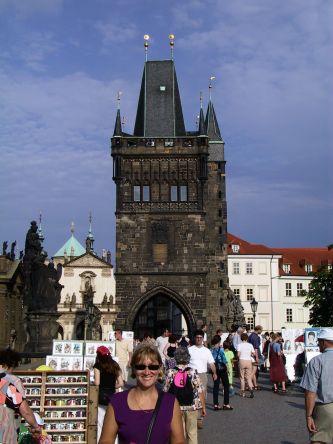 King Charles Bridge, Prague, from where you get great views of the castle and the river. Full of buskers and artists selling their wares. 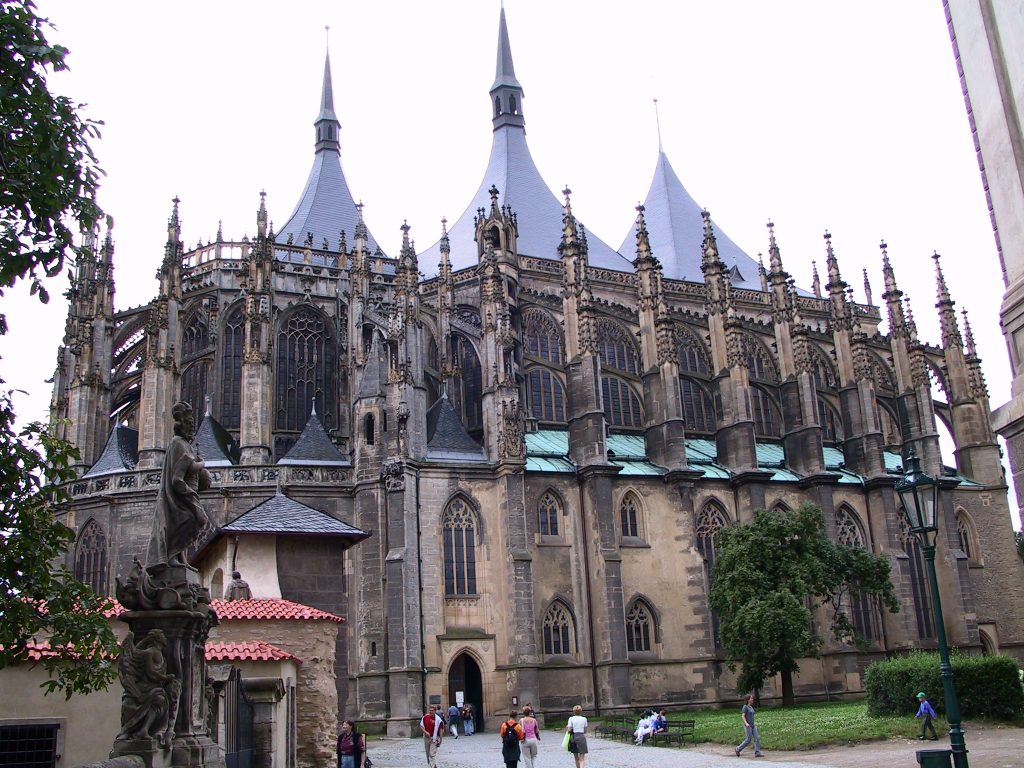 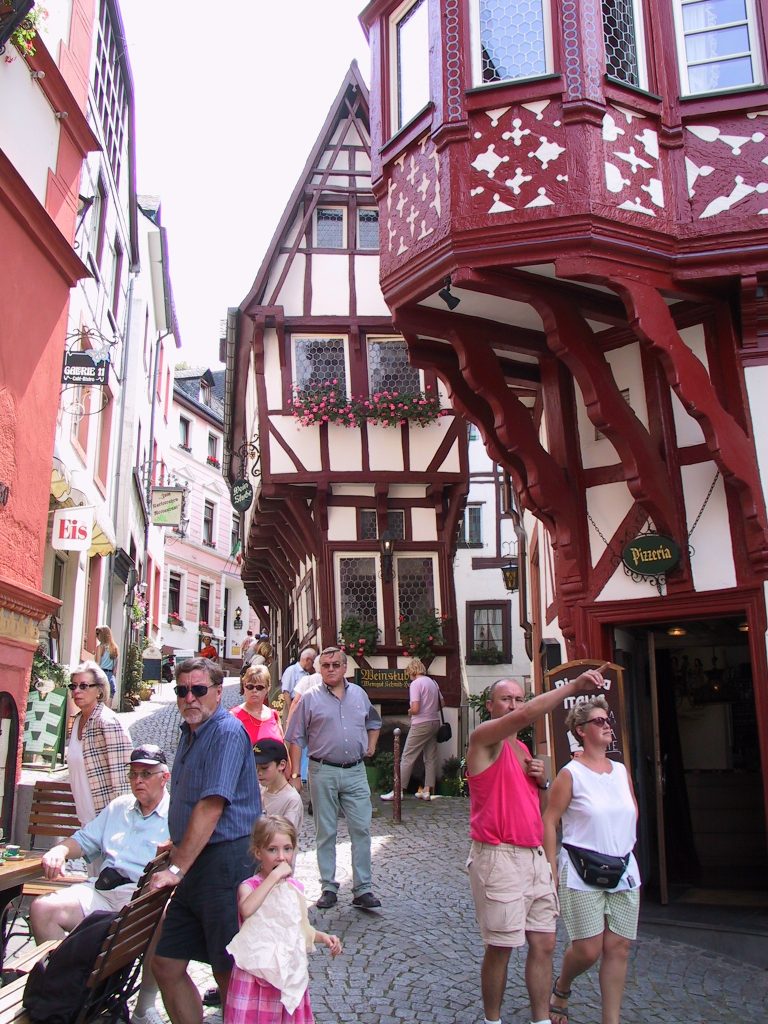 Gernot took me on a bit of a tour about his area of Germany, very close to the French border. This is a small town on the Moselle river. Interesting architecture, and a very crooked house in the background. 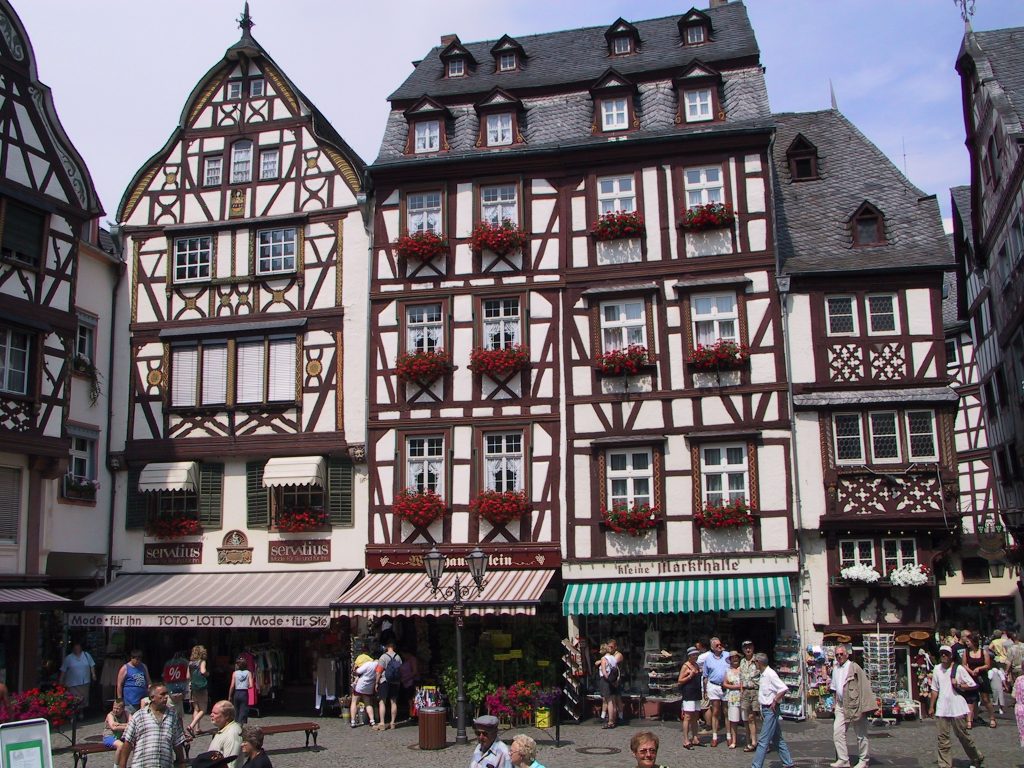 Same town, at a square 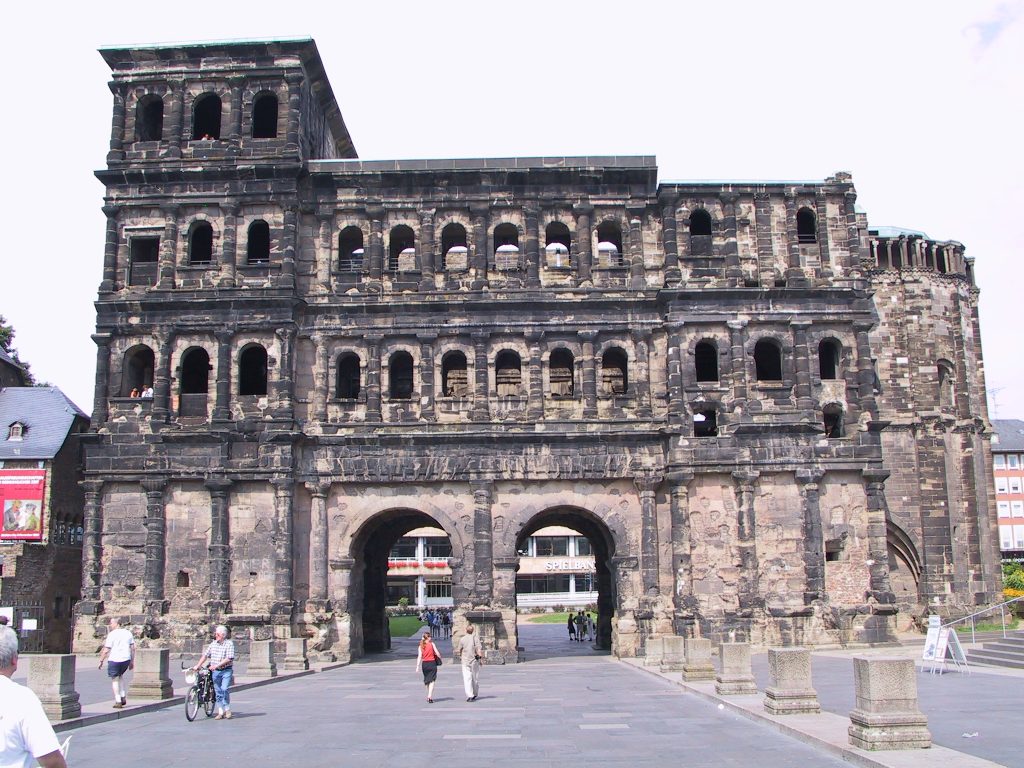 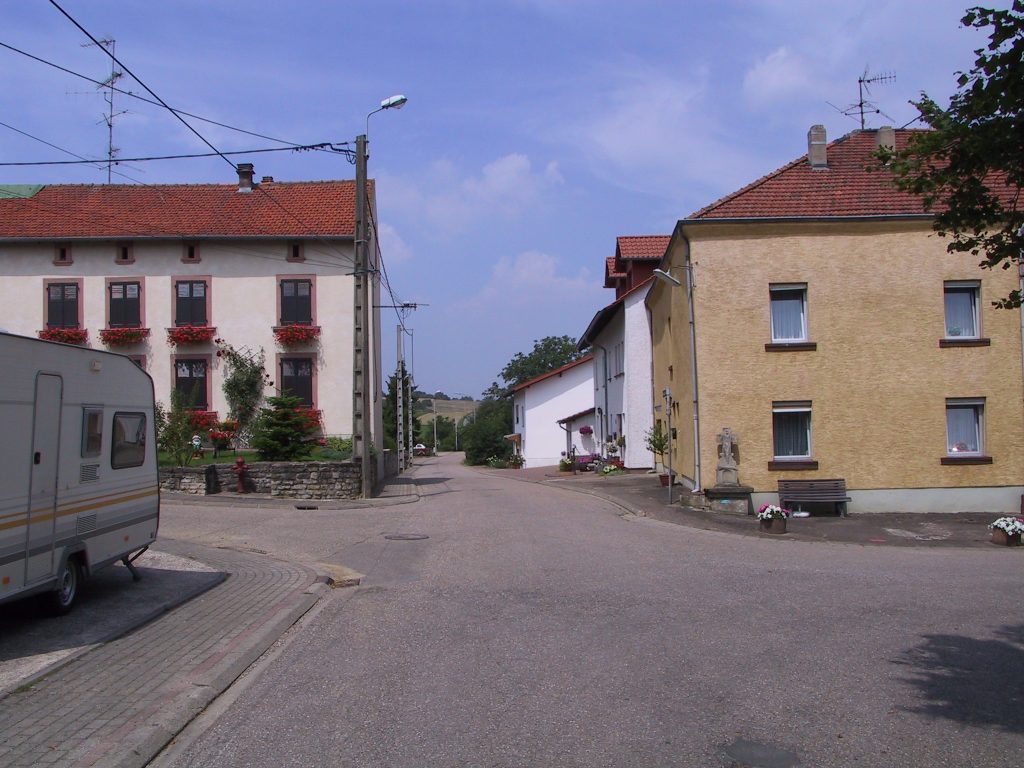 Gernot showed me this street. Nothing interesting at all, right? Well, on the left of the street is France, and the right is Germany. Can you imagine the turmoil during WWII. 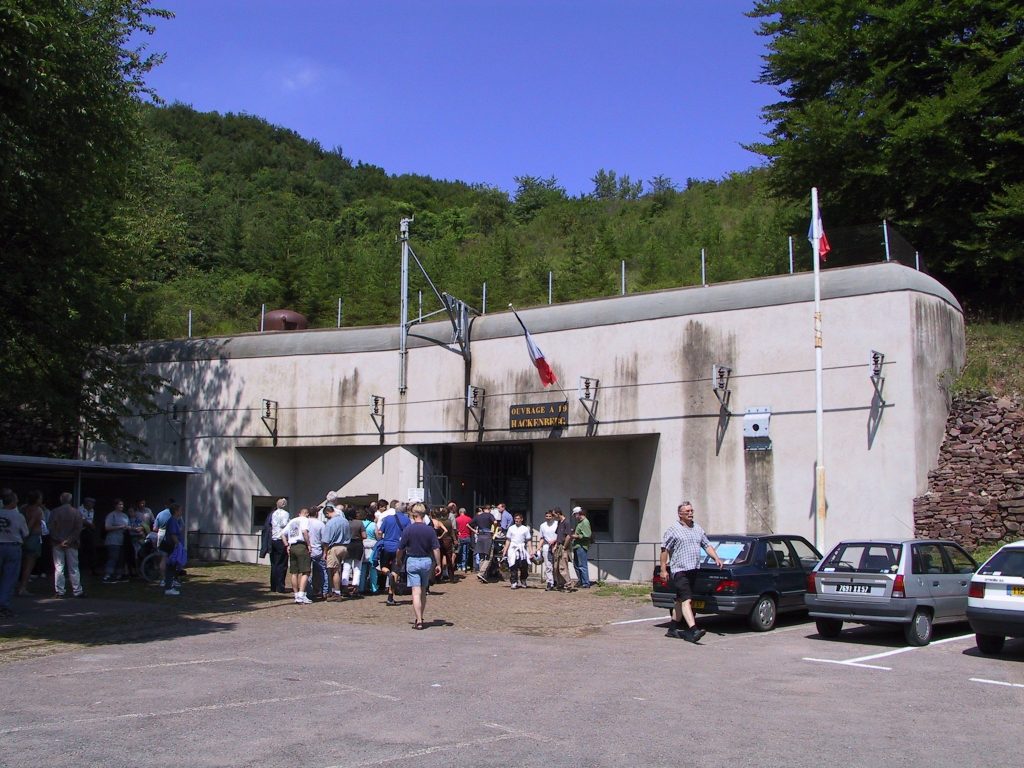 The Maginot Line was built between 1929 and 1940 to protect France from her long-time enemy, Germany, and to defend the traditional invasion routes across her eastern frontier. The idea failed spectacularly when the Germans simply bypassed it by entering France via Belgium, then came up from behind and took control. The Germans continued to use it until driven back in 1944.
It stretched from Switzerland to the Ardennes in the North, and from the Alps to the Mediterranean in the South. It was a vast, dynamic, state-of-the-art, ultra-modern defensive system. Most of its components were underground, where interconnecting tunnels stretched for kilometres, and where, beneath the earth, thousands of men slept, trained, watched, and waited for a war that never came. 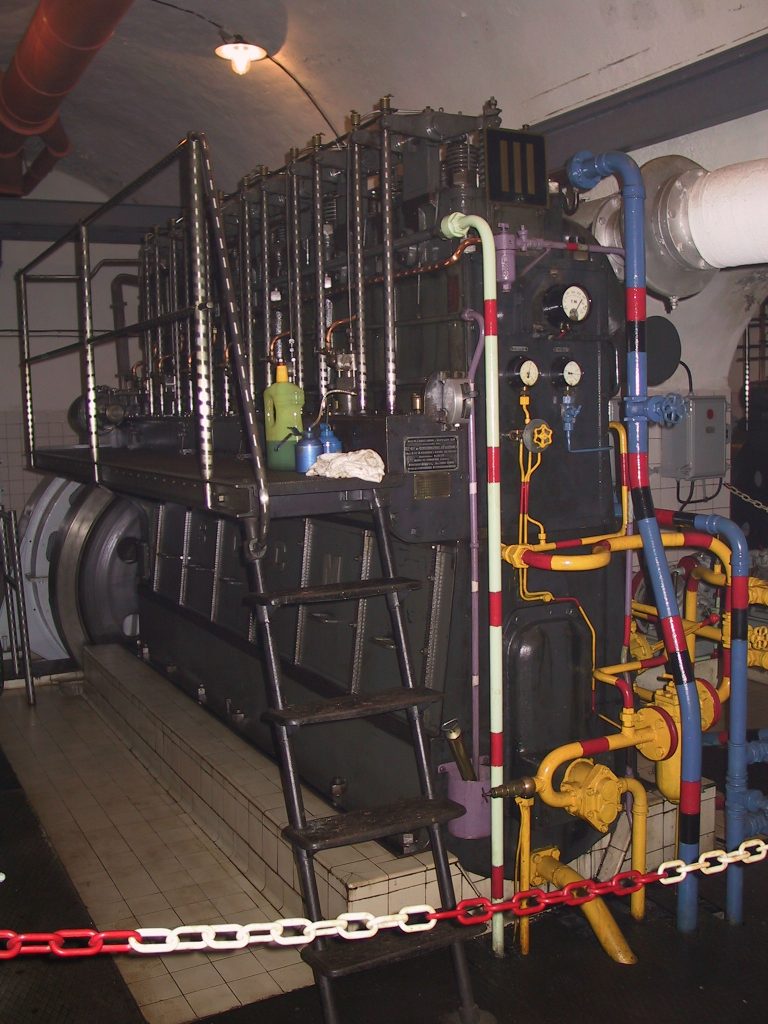 The hill holds kilometres of tunnels at each site, and each is autonomous with it’s own power generation and ventilation. Troops could stay underground here for months. This is one of a bank of 4 generators still in use at this particular site. 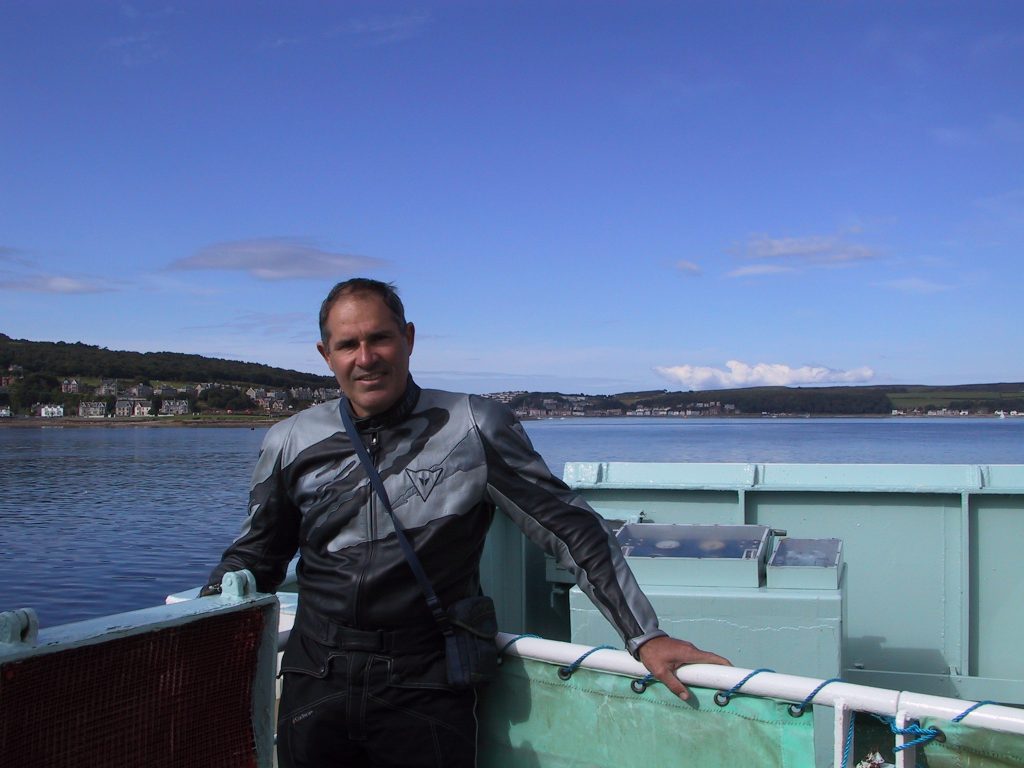 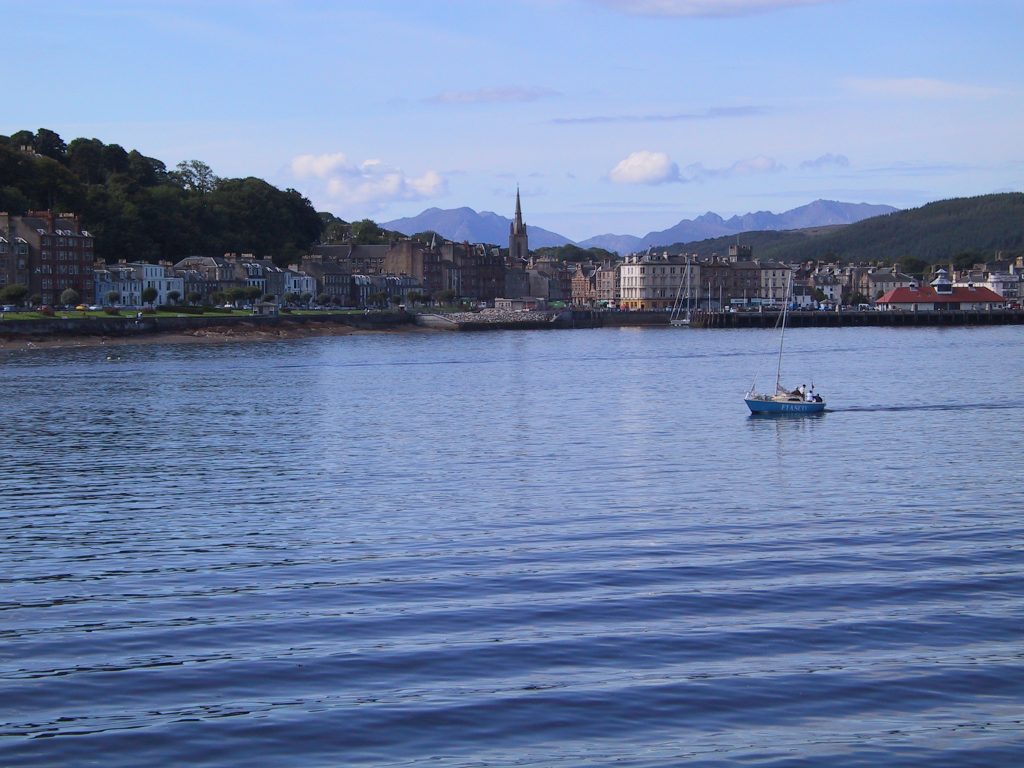 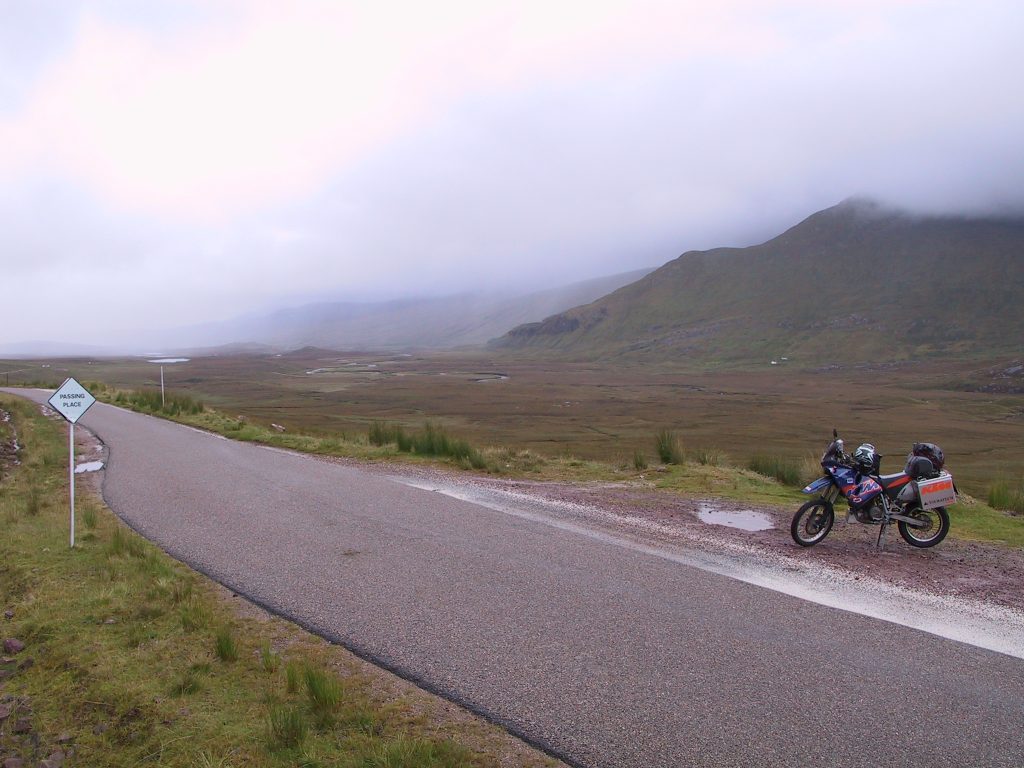 Scotland, about to ride into a storm. Yes, I got wet. It just wouldn’t be Scotland without rain.