We only planned to come here for a couple of days, to buy some tyres and parts etc, and I bought a new camera and computer, because I sold my old outfit to Cuan. Singapore has lots of big bikes. The first country we have been to since Turkey where they sell them from showrooms. We have seen a few big bikes in other countries, but they were specially imported. We went to a Honda shop where the had new Fireblades, Africa Twins etc. Prices on tyres and accessories were quite good, and they had a reasonable range, except for my bike. I still couldn’t get the right size rear tyre. I’ll have to go through Indonesia with my Honda 125 tyre. I’ve been riding on Honda 125 rear tyres since Delhi, India! That is about 13,000klm (2 tyres)

Singapore is a real pain to take a bike to, and expensive. It took us about 3 hours to get in. We had to buy a S$45 insurance coverage, then a $10 smart card (a credit card with memory). Then we were supposed to rent a transponder that the smart card goes into. They have gantries over every road leading into the city where they read your transponder. The computer knows who you are from the unique transponder, and you are charged every time you enter the city. This charge comes off the smart card and if you don’t have enough credit on your smart card, you get fined. If you don’t have a transponder, and you pass an active gantry, it takes a photo, and you get fined. The fines in Singapore are outrageous (try $1000 on the spot for littering), but I don’t know how much these fines were. The only way to avoid having to get a transponder is either don’t go to the city (defeats the purpose of going there), or enter after 7pm at night, which is what we did. I had been there before, so I led the way. It was pouring rain, and we were keeping a look out for these gantries, because we didn’t know what they looked like. Finally, we found one, and a light told us it was not active. Then we knew what they look like. I had no trouble getting to Bencoolon St, but there was an active gantry right on the corner. I pulled up, but Horst rode past me, straight under the gantry. I tried to stop him, but he didn’t hear me. The four of us all rode up onto the footpath outside an expensive looking shopping arcade. Some security guards came over to shoo us away, but they were intrigued with the bikes. I told them we were just looking for accommodation, and we wouldn’t be long. They allowed us to stay, and it gave us time for the gantries to turn off at 7pm.

We all expected Horst to be fined. Singapore has invested a huge amount in computers, transponders, gantries, smart cards, cameras etc, etc, but when we left Singapore, they didn’t even take our smart card. At no point was there anywhere to insert it, so it could read who we were, therefore, they never even knew Horst left. It is almost ridiculous, but we aren’t complaining. 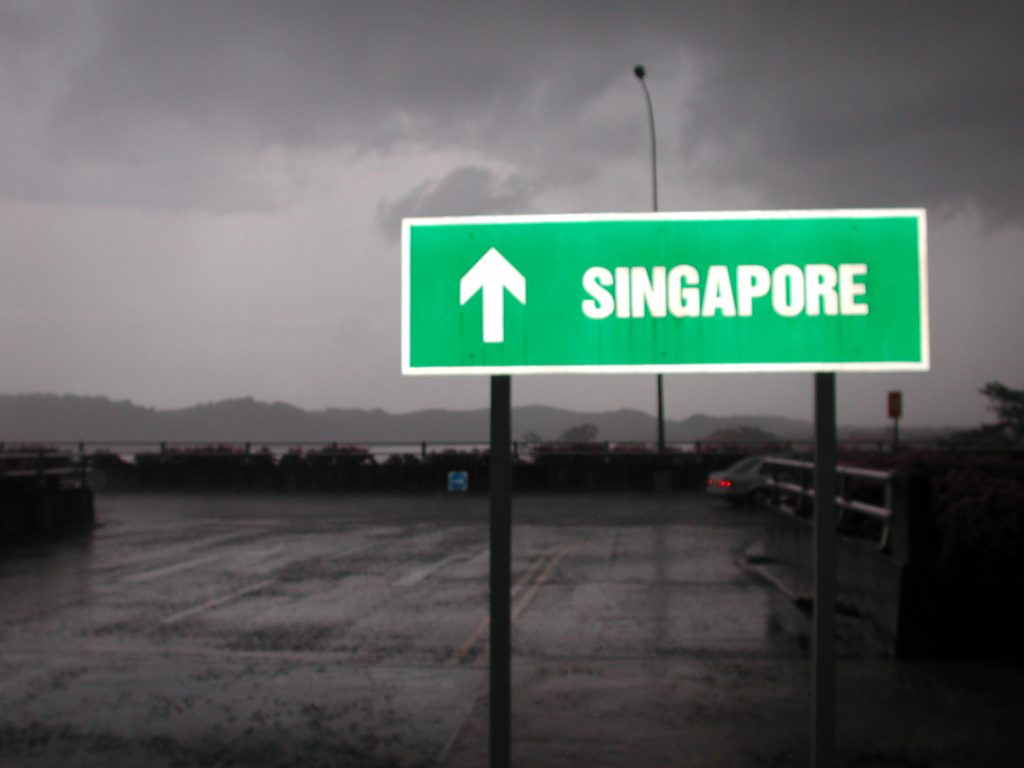 The lovely weather that greeted us at Singapore. 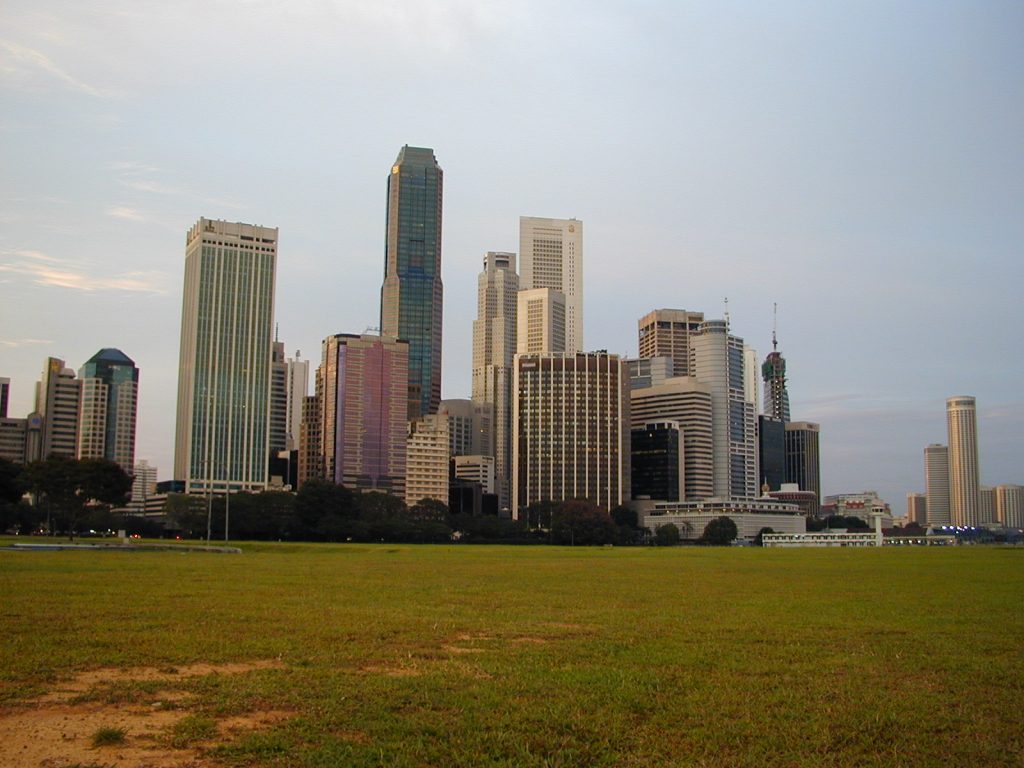 Singapore is a beautiful city, in as much as a city can be beautiful. Good architecture, well designed and planned, manageable traffic. 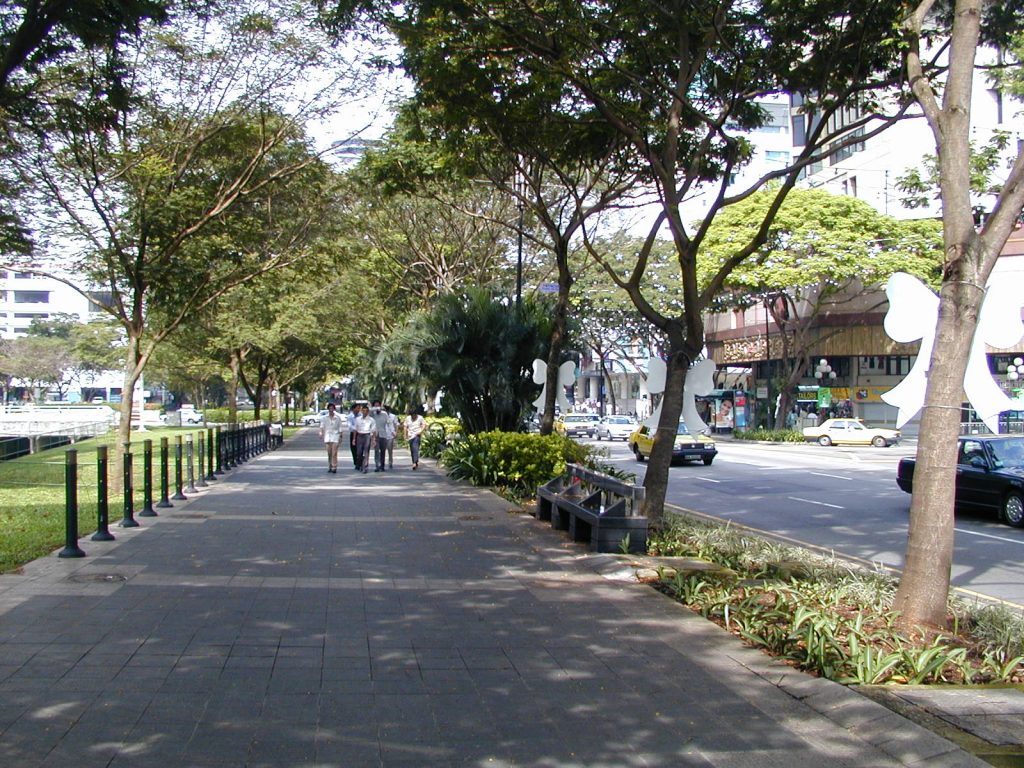 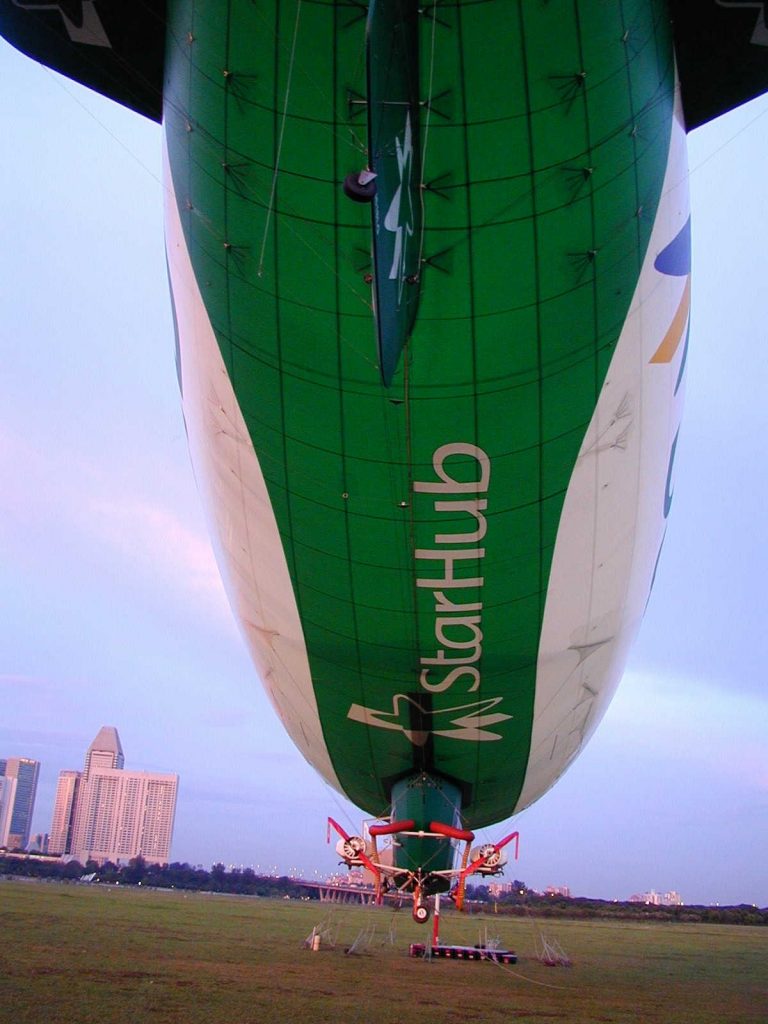