Slovenia is a very small country, that only came into being in 1991, when it broke away from the Yugoslav federation. It borders another Yugoslav breakaway, Croatia, as well as Italy, Austria and Hungary. Mostly roman catholic, reasonably affluent people. I found the people genuinely helpful, and trusting. It seems to be one of the safer places as I have heard no reports of violence or stealing. I’m sure they exist, but in some eastern European countries, you can’t help but run into someone who has been mugged or robbed.

More on road conditions. Slovenia would have to have amongst the most rugged countryside’s in the world. I crossed come bridges that were higher than they were wide, and the hills are steeper than just about anywhere I have seen. Just to build roads here at all is an engineering feat. I found out much later in the trip from talking to a Slovenian couple in Olympus, Turkey, that the road was built by Russian slave labour during the first world war. Being so steep, rock slides are common, and on a two occasions, I came around a corner to find small rocks (maybe 3cm-6cm diameter) in the middle of the road. I had no trouble finding a path through, but if they were more serious slides, they could have presented a problem.

My first night in Slovenia was in Bled, not far from the Austrian border. This is a popular tourist destination, just over the Julian Alps. In summer, people from all over Europe come for the swimming, hiking, horse-riding, white-water rafting, canoeing etc, and in winter, there is downhill and cross country skiing. There are natural hot baths and a casino all year round. It is a beautiful area, but Bled is a bit too touristy for me. A better option would be to pass through Bled, after spending a few hours maybe walking around the lake, and up to Bled castle, then follow the signs to Bohinjska Bistrica, then follow the signs to Ribcev Laz. There are plenty of hotels and camping areas there, and for me, this place is much better than Bled. There is a tourist office in the centre of the tiny township. There you can get free maps of the area. There are some fantastic hiking trails that would offer incredible views of the Bohinjsko Jezero lake, as well as have a good ride through some of the quaint and historic villages. I didn’t do any hikes. I’m still breaking in my hiking boots, and I’m not sure my feet could take abuse yet.

Once you are done here, you have to go back through Bled to get to the highway. It is only about a 1 hour ride into Ljubljana, the capital. The entrance to Ljubljana is not too impressive, but once you reach the old town in the centre, you’ll see that it is worth a look around. I found it interesting, but certainly not as impressive as the Czech or German old towns. I stayed at the HI hostel called Dijaski Dom Tabor, which is a 10 minute walk to the old town. The cost is SIT3000/2450 single/shared a night including breakfast and free internet access. It also has secure off the road parking available. I ended up staying here a few days, just because I was still getting some bits and pieces finalised, but it really is only a one day city in my opinion.

After the capital, I moved towards the Adriatic coast via the Skocjan caves, only a few klms off the highway to Koper. 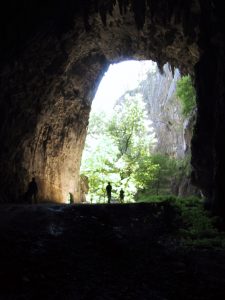 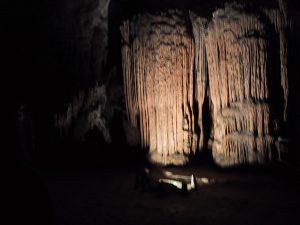 The Lonely planet says that these are often the highlight of many travellers trip. I wouldn’t describe them so glowingly, but they are very accessible.They are not anything like the caves I have seen in Australia such as Jenolan, King Solomon, Camoo and Chillagoe, which are all more spectacular in terms of limestone formations, but what makes the Skocjan caves unique is the sheer size of some of the chambers. One is 1500m long and over 400m deep, with a river running through it. This river starts in Slovenia and goes above ground, and underground several times before popping up again in Italy, where the river has a different name, since they didn’t know at the time where it came from.

Next stop Piran. Once part of the Venetian empire, as much of the Adriatic was at one time, with a history dating back the ancient Greek times. This is the jewel of the Slovenian coastal towns, and was over run with tourists. Time to move onto Croatia. 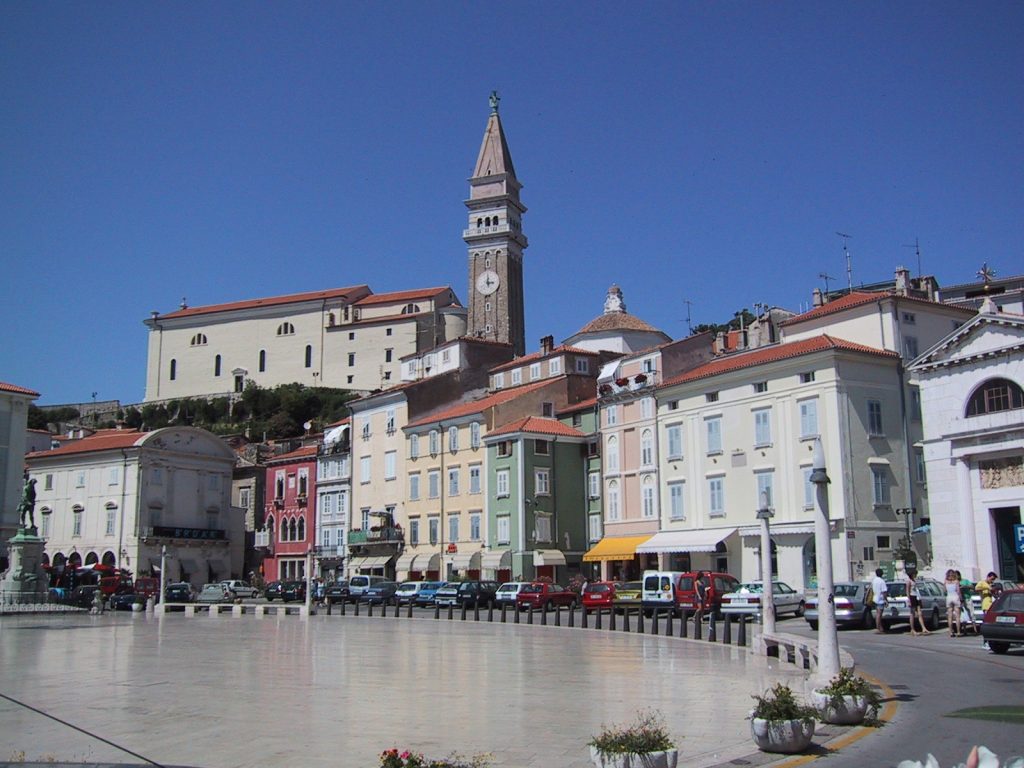 Piran, Church of St George and a copy of the San Marco bell tower in Venice. 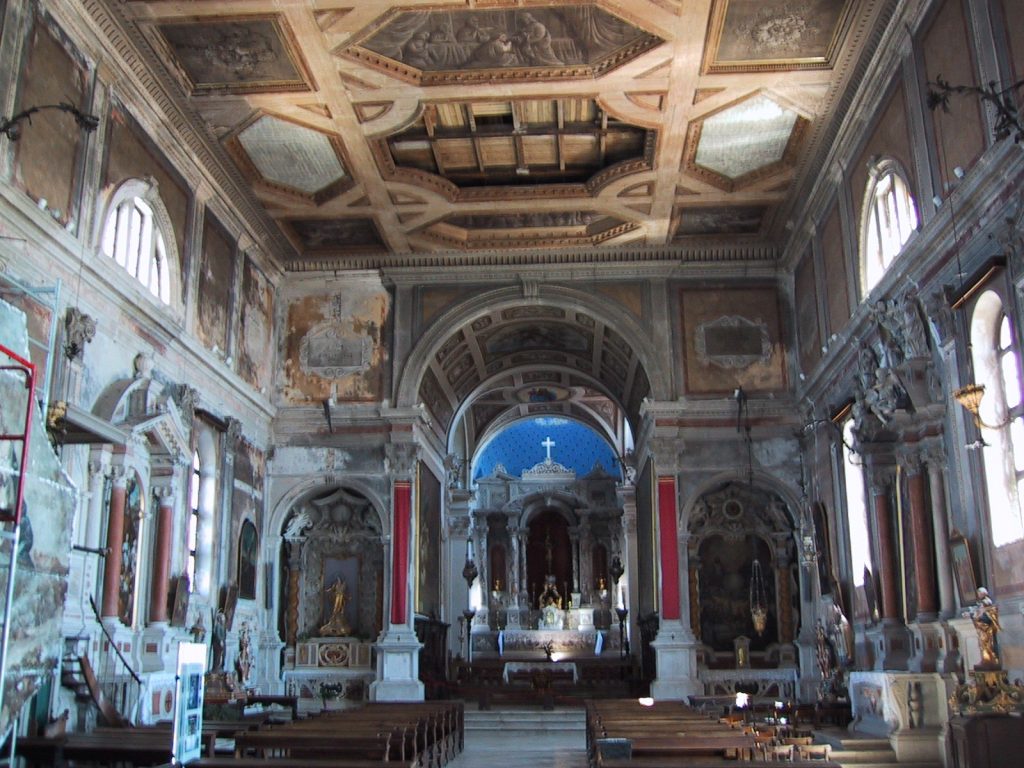 Inside the Church of St George. This is not just another ABC (Another Bloody Church if you will excuse my irreverence). It is an un-remarkable church from the outside, but inside is a real surprise. It is decorated with huge paintings and statues by noted artists.
As you can see, it was undergoing renovations.