Originally, I had planned to go through Albania, but after speaking to some bikers from Poland in Dubrovnik, I changed my route. They said that they were there last year, and official corruption is rampant. They were stopped by the police several times, and had to pay money to keep going. They said that stealing was a big problem there, and they never felt safe. I can do without that stress, so Macedonia it was.

The real name of the country is the Former Yugoslav Republic Of Macedonia. I find it hard to understand why anybody would want to be known as the ‘former’ anything, but Greece is not at all happy with their name, since the majority of historical Macedonia, home of people such as Alexander the Great, is in modern Greece. The Greek government is insisting that they change their name. Macedonians are more ethnic Bulgarians than Greek.

The capital Skopje is not far from the Kosovo border. I stayed one night, but really there is not a great deal of interest in this city. As in most former Yugoslav countries, Cyrillic alphabet is common, in fact all street signs are Cyrillic only, but road signs are both Latin and Cyrillic script. Food and drink is very cheap here, but the camping was expensive. 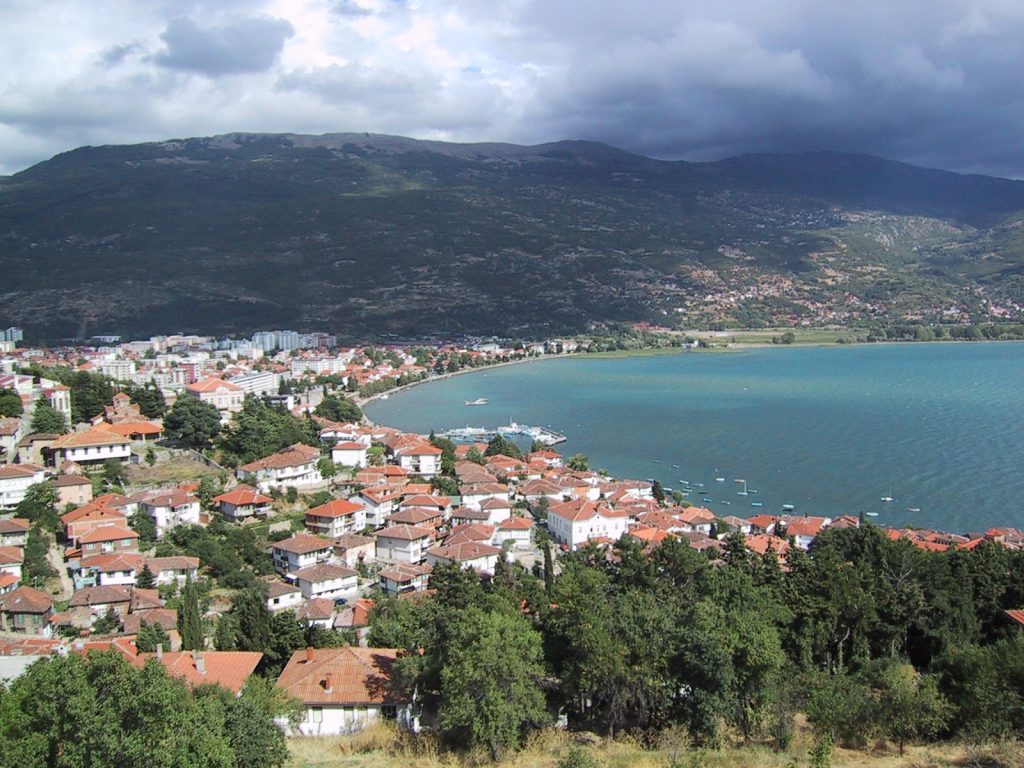 Orhid is the main city on Lake Orhid. It is a tourist Mecca for Macedonia. One third of the lake belongs to Albania. Natural beauty, lots of history, cheap accommodation and food all adds up to a good destination if you are in the area. It is only about 70km from the border to Greece. 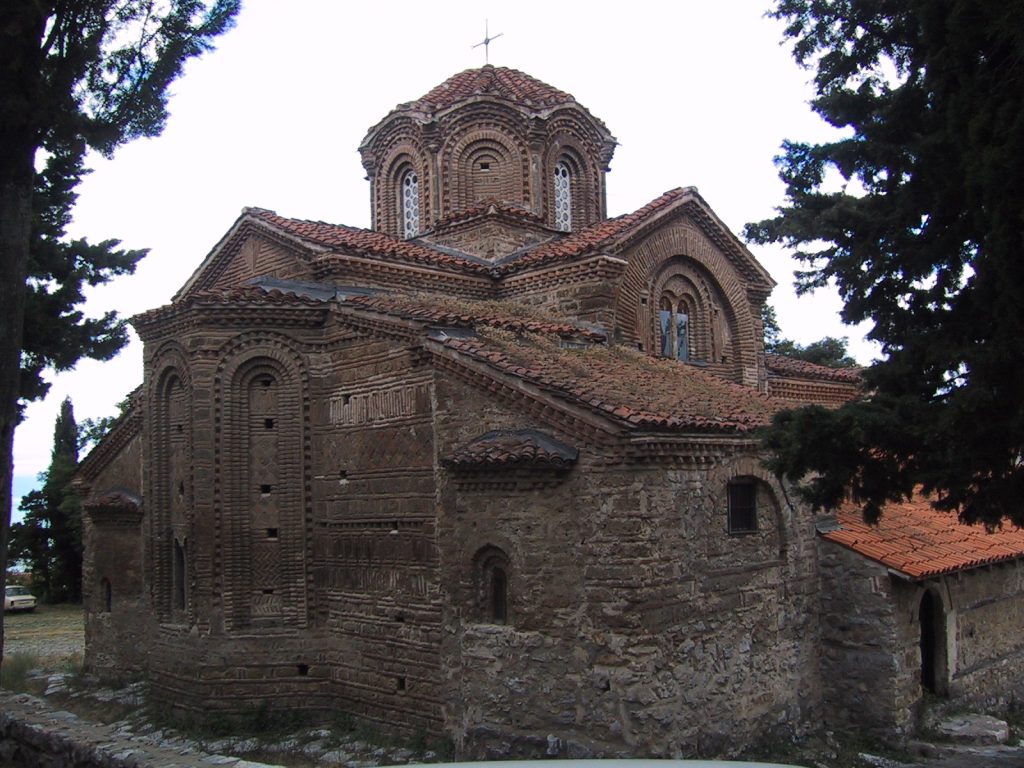 Sveti Kilment church. This 13th century church has all the internal walls lined with religious frescoes, and is in remarkable condition. Still in use. The brick work is amazing. 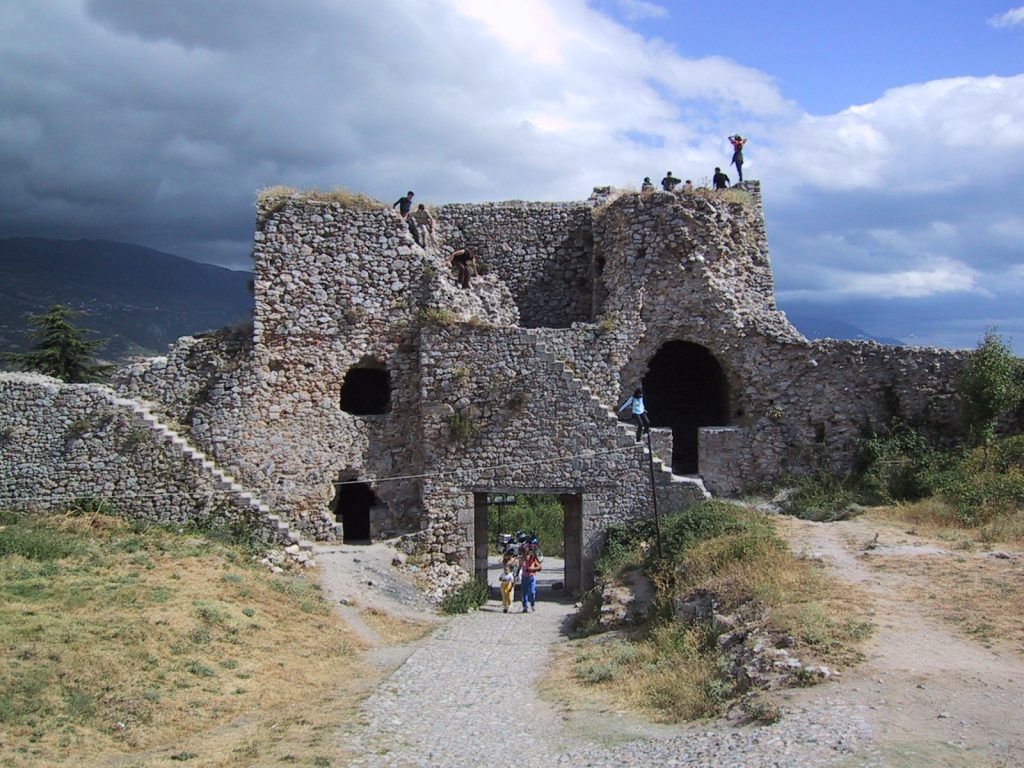